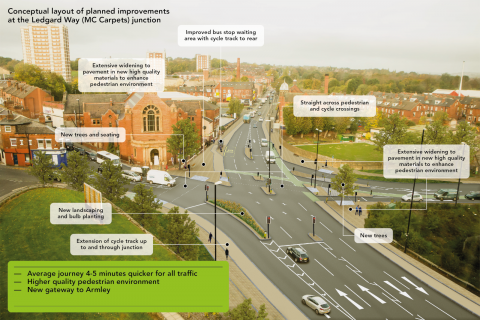 There are proposal to create a bus corridor between Bradford and Leeds. As this route follows that of the cycle superhighway 1 there are opportunities to improve the cycle infrastructure at the same time. Below we have created links to all the consultation as well as some suggestions of comments you may wish to submit.

It is also possible to 'like' other comments so we would suggest going through and giving support to those that share your views.

If the design goes ahead in the form presented: