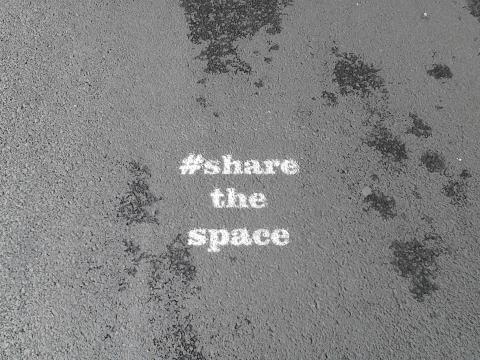 Patronising messages have appeared on the Leeds-Liverpool canal towpath.  Apparently cyclists are reckless and need lots of warnings, delaying features like cobblestones and rough surfaces and just outright tough impediments like A-frames and speed bumps.  Somebody seems to have thought all that isn't enough and spray-on patronising messages are needed too.

Shouldn't these things have been put on roads where there are car drivers instead?

Is it known who the author of these messages is? CRT? CityConnect?